While perusing the internet reading up on some articles about the Florida Keys, we came across one blog that said “The Florida Keys are not known for their food”…. Huh!? That one line inspired us to dispel any false rumors that local Keys cuisine is not renowned or delicious. So in defense of what we believe to be some of the best eats in the country, we came up with a list of the most iconic foods local to the Florida Keys and where you can try them in Islamorada. Did we include your favorite? Let us know!

Let’s get the obvious out of the way, the Florida Keys are world famous for Key Lime Pie. Where is the best Key Lime pie in Islamorada? It’s hard to say! We wrote another article specifically highlighting the Key Lime pie because everyone does it a little differently. The main debates are: meringue or whipped cream? Custardy or creamy? Sweet or tart? Every pie is unique! We leave it up to you to find your own favorites, but here are some of ours. 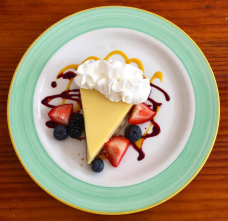 Stone crab season Runs mid-October to mid-May every year. If you find yourself in the Keys during these months, do not miss the chance to taste the sweet meat of Florida stone crab claws – it is unlike any other crab you have tried! There are rules for recreational and commercial fishermen to follow when catching stone crab claws in season and you can read up on how they are harvested.

Much like the Key Lime Pie, almost every restaurant will feature stone crab while in season. One of our favorites is the Stone Crab special appetizer at the Hungry Tarpon at Robbie’s! 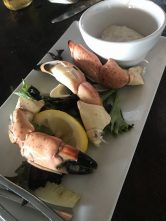 The Florida Keys Spiny lobsters is different from the New England lobster mainly because they are clawless. These succulent crustaceans are so popular in the Florida Keys that their season is actually kicked off every year the last Wednesday and Thursday of July. It’s called “Lobster Mini Season” and the week is one of the biggest of the year in the Florida Keys. Regular lobster season runs from Aug. 6 to March 31.

The tail meat is sweet and savory and the traditional method of cooking is grilled and basted with butter. Broiled and  steamed are other popular methods and the tail meat is a great addition to soups and salads.

Pierre’s is a great spot to dine on Spiny Lobster, you will appreciate the view and the amazing sunsets as well. 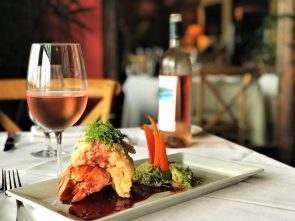 They are great in a variety of dishes like shrimp scampi or shrimp fra diavolo, but our favorite is Pick-n-Peel which you can find on the appetizer menu at Lazy Days. 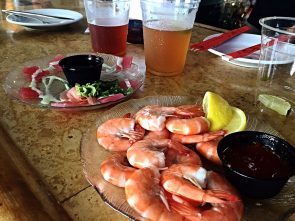 While southern Florida is famous for fish in general and a variety of species specifically like grouper & snapper, no fish is as ubiquitous to the Florida Keys as hogfish. Native to only the waters of the Caribbean, Hogfish is considered a true delicacy of the Keys.

The white flesh of the fish is light, flaky and delicious, taking on the flavor of whatever you season or top it with. One of our favorite preparations is the Hog Fish Almondine or Crab Stuffed Hog Fish at Ziggie & Mad Dogs.

Conch Fritters are a must-try appetizer while dining in the Keys. Conch is so connected to the Keys, another moniker for Key West is the Conch Republic – a name that locals gave themselves during their tongue-in-cheek secession from the union in 1982.

If Key West named their own micronation after the conch, it must be special to the region. The most popular preparation is definitely conch fritters. Try the ones at Hog Heaven – the sauce on the side can’t be beat!

Smoke Fish dip is a staple appetizer on almost every restaurant menu in the Florida Keys. Locals compare and rate these dips almost as passionately as they do the famous Key Lime Pie.  The dip can be made with any fish species as long as it is freshly caught. Mahi, Cobia, Spanish Mackerel, Wahoo and Kingfish are some of the local options.

Not only does the species vary, but so does the ingredients, but most will have some combination of the smoked fish, mayonnaise, lemon juice, pickles or relish, celery, peppers, capers and seasoning. The smoked fish dip is typically served with saltines. One of the local favorites is made with Wahoo from The Islamorada Fish Company. 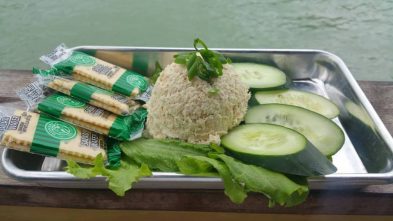 Put the lime in the coconut… you know the rest. Coconut flavors can be found all throughout the Keys! In drinks, in food, both with sweet and savory preparations. One of the popular ways coconut is seen on Florida Keys menus is in a coconut shrimp appetizer.

Coconut is used to coat juicy shrimp and fried to crunchy perfection, usually with a sweet dipping sauce. We love the coconut shrimp at local spot, Lorelei…and the live music and sunset views makes it taste even better. 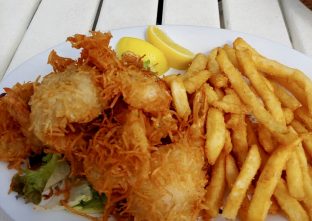