Legendary Football Coach Jimmy Johnson is best known nationwide for his ability to turn struggling football teams into Champions and for providing expertise football analysis for Fox Sports on NFL Live Sunday. What you may not know is that Jimmy, a resident of the Florida Keys for over 20 years, is an avid Sport Fisherman and successful Restaurateur.

Jimmy’s football life began as a player at the University of Arkansas. He was an all-Southwest Conference defensive lineman and teammate of future Cowboys owner Jerry Jones. After college he had several successful assistant coaching positions that prepared him for his first head coaching role at Oklahoma State in 1979 where he rebuilt an unstable program. In 1984 as the head coach for the Miami Hurricanes, he again turned a struggling program around and in five years he accumulated a record of 52-9 and a National Championship in 1987. Jimmy was inducted into the University of Miami Sports Hall of Fame in 1996 and the College Football Hall of Fame in 2012. Both awards in recognition of his ability to motivate coaches and players to compete at the highest level. 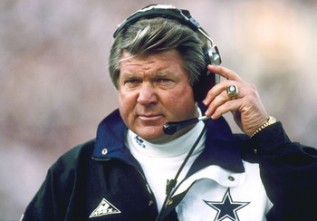 In 1989, Jimmy’s old college teammate Jerry Jones hired him as the head coach of the Dallas Cowboys replacing Hall of Fame coach Tom Landry. Johnson took a franchise that was 1-15 in his first year to the heights of two back to back Super Bowl victories in 1992 and 1993. Not only was he the best at finding and drafting talent, but he made savvy trades at key times – namely the Hershel Walker deal that netted 6 high draft picks and a few other players from the Vikings.

After the Super Bowl of 1993, Jimmy left the Cowboys and took a position with FOX as an analyst for two years all while being courted by many NFL teams to return to coaching. He finally took a position with the Miami Dolphins in 1996 replacing another legend Don Shula. Jimmy’s decision to join the Dolphins instead of other NFL teams was primarily made to keep him close to his residence in the Florida Keys. While he did not win a Super Bowl with the Dolphins, he did leave the organization better than he found it. In 2000 Jimmy retired for good from coaching football and became a permanent figure for Fox Sports NFL Live Sunday Show, and has been there since. 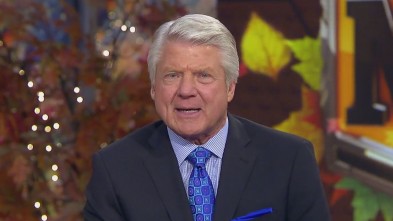 With the rigors and regimen of coaching behind him, Coach spends more of his free time at his waterfront compound in Islamorada, Florida. As an avid fisherman, Jimmy loves to jump aboard his 39 foot SeaVee, appropriately named “Three Rings” after his three Championships, to hunt whatever is in season.

Coach has also become a successful restaurateur and owns the Big Chill Waterfront Sports Bar and Restaurant at mile marker 104 in Key Largo. The Big Chill features one of the most impressive dining and entertainment experiences in The Florida Keys offering waterfront dining and breathtaking sunset views of the Florida Bay. 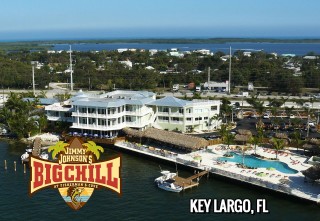 The Big Chill is also the venue that will host The 6th Annual Jimmy Johnson’s “Quest for the Ring” Championship Fishing Tournament. The contest will take over Key Largo, Florida March 8-11, 2017 and offers a guaranteed purse of $1 million, making 2017 the largest guaranteed tournament purse in sport fishing history. 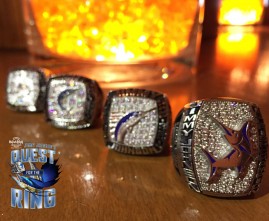 Competitive anglers from around the country will join together for what will be a historic event, making a big splash in the Florida Keys. As Coach Jimmy Johnson says, “It’s all about the Ring.” Each year, teams fish for entrance into Jimmy’s coveted “Ring of Honor” – a nod to the rings he won during his football career. Each year, one team (the overall champions) receives his Famed National Championship Ring. “I have to say, while it’s always been about the rings, we are making history. And, as many of you know, I love a good competition,” says Johnson. For all tournament details go to www.jjfishweek.com  or find them online @jjfishweek. 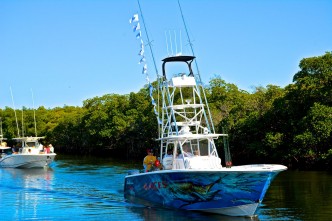 Coach epitomizes what it means to live in the Florida Keys. He works hard and plays hard and is enjoying the benefits of a long successful career in a variety of industries. He loves the fact that he can find solitude in the Keys, but can also go out and enjoy being among the locals.

Johnson’s good friend and former owner of the Dolphins, Wayne Huizenga, once taught Jimmy the term QTL which means Quality Time Left. This phrase serves as a reminder for Jimmy, and for us all, to live everyday to the fullest. A challenge for some, but for Jimmy Johnson and Florida Keys residents minding our QTL is done with unrivaled passion, gratitude, and an enviable ease about life. 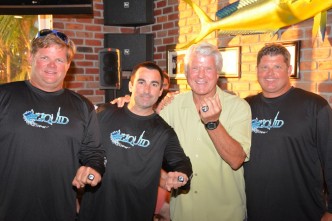