One of the most celebrated species of wildlife in the Florida Keys is the spiny lobster. Hundreds of thousands of people flock to the Keys on the last Wednesday and Thursday of July for Lobster Mini Season. Unlike their northern relatives, the Maine Lobster, Florida’s Spiny Lobster has no claws, but are caught for their delicious tail meat. We call them”bugs”. 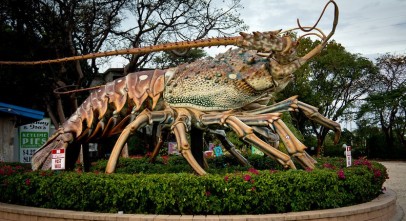 To commemorate this popular crustacean, Sculptor Richard Blaze, hired by a local restaurateur, created Betsy. Made from fiberglass, Betsy is a 30 foot high and 40 foot long biologically correct model of a Florida Spiny Lobster. The sculptor began to work on the piece in 1980 in Marathon Florida and it took five years to complete. By this time the restaurant was no longer in business. The late Tom Vellanti acquired the artwork to put on display at his Treasure Village. When the Village was turned into a School, Betsy was no longer available for viewing and was retired and put into storage. 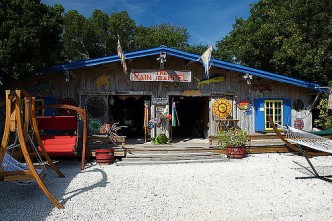 In 2009, Betsy was moved to her new home at the Rain Barrel Artesian Village (MM 86.7) and sits right out front on the Overseas Highway for all to see. Believed to be the world’s largest lobster sculptor, she is one of America’s most famous roadside attractions. The 12 legged lobster is the second most photographed attraction in the Florida Keys, only behind  the Southernmost Point in Key West. 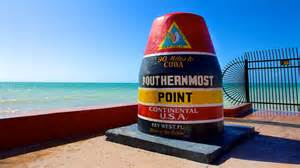