Islamorada Fishing is world class. There are not many spots on this planet that can offer the diverse fishing available in Islamorada. Offshore, Patch Reef, Gulf and Bay, Back County, Everglades, the Flamingo, and Bridges are all active destinations for the largest fishing fleet in the world. The species are endless. Some favorites include tarpon, permit, bonefish, redfish, snook, shark, sailfish, mahi, wahoo, backfin tuna, hogfish and many species of snapper. Epic does not even do justice to describing the fishing in Islamorada. Islamorada Times provides the most current and accurate fishing reports in all the Florida Keys. 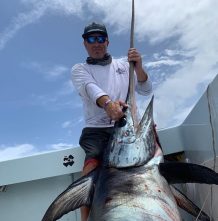 Another week gone by here in our little slice of paradise, but not much has changed.  The fishing is still pretty good for this time of year, and the mahi are still around.  The irony in “what used to be” is in full effect as it has been for the last few years.  It used to be that mahi season started in late March, and the best of it was April, May, and June.  Times have changed and I am sure history would show a similar cycle, but now June, July, and August (maybe even September) are the best months to catch these guys in good numbers and the largest fish too.  Pretty crazy how much different it is now to how consistent it was over the last 35 years (minus the last few).  Well, the good news is that there are still fish around and we are able to put a few in the box and smiles on our angler’s faces.  The tuna bite continues to produce with mixed sizes, but plenty of them on the humps. Been a few wahoo around this week too, but nothing crazy with the full moon here this weekend.

Offshore on the ledge the Swordfishing has been the last 2 weeks.  Some really nice fish caught up to 345 pounds with our guys getting a nice one out of the mix.  Starting now for the next few months is some of the best fishing we see all year! 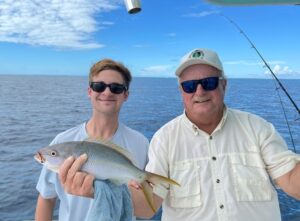 The reef bite has been decent with an “acceptable” bite of yellowtails, but the wreck fishing has been tough.  The lack of current and the sharks have made this fishery difficult the last week.  We will see what happens next week and report back.  Not too surprising for the time of year as this fishery is generally on the tougher side in the late summer/ fall. 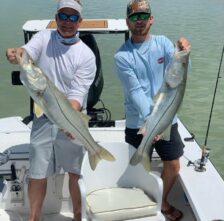 The Flamingo area has been more productive lately with Snook, Redfish, Trout, Tarpon and many more. Captain Chris from Straycat charters reported some great fishing with multiple catches of Snook, Redfish, Tarpon, Trout and more. The action on the shallow flats around Flamingo has been productive as well with some great sight fishing action. Working the tides has provided anglers with some great shallow water action. Farther west towards the Cape Sable area the bite has been great as well. Tarpon, Snook and Redfish have been regularly caught. Great reports of floating Tripletail have been the norm lately with some big fish making it to the cleaning tables. 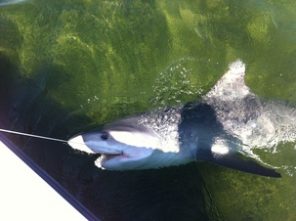 We have been taking advantage of the  Trout and Snapper bite going on around the western edges of the Everglades National Park. If you’re looking for a fight look no further cause the Shark action has been great. Great reports out of the wrecks in gulf waters. From big Sharks and Goliath Groupers to Snappers, Trout and many more. Few Cobias and some Permit have been present as well. 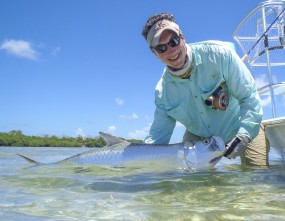 *Please email info@islamoradatimes.com or call/text 484-919-2133 for referrals and recommendations for the best Captains and Guides in Islamorada and the surrounding Florida Keys.