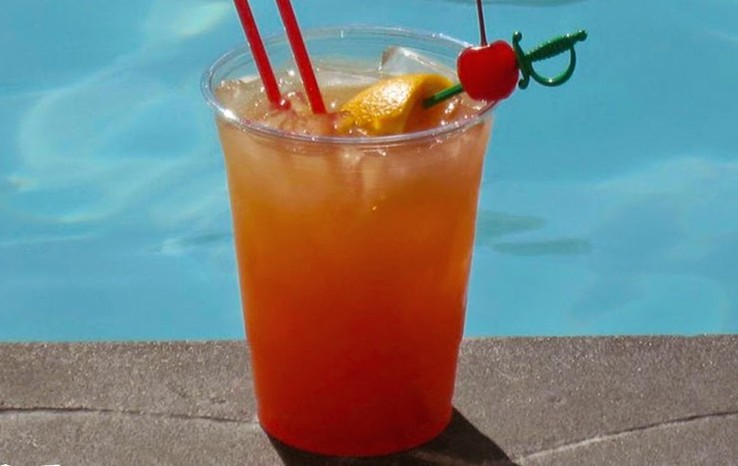 It is 5 o’clock somewhere… in this edition of Happy Hour we will be featuring the popular Rum Runner. 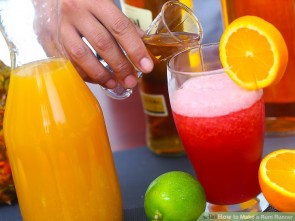 Like the mojito and the piña colada, the rum runner is one of those drinks that automatically makes you think of the tropics. There are many versions of the delicious, fruity rum concoction and you can enjoy all it’s varieties at most of the establishments up and down the Florida Keys. Either on ice or frozen, the Rum Runner embodies island living. Throw a melodic steel drum beat in the background and life does not get much better. 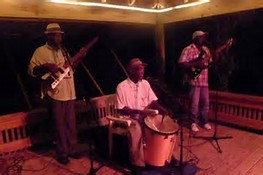 The invention of the Rum Runner has its roots right here in Islamorada. Back in the early 1970’s at the Holiday Isle Tiki Bar (Now the Post Card Inn), manger John Ebert had overstock issues with several liquors, notably rum, blackberry brandy, and banana liquor. Ebert began to experiment with the surplus of liquors by adding different fruit juices and  the drink was created. 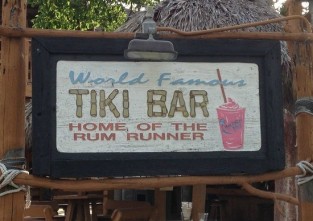 During Prohibition Rum Running was at its height in the Caribbean Seas and the demand for alcohol in the United Sates was huge. The most famous Rum Runner was Captain Bill McCoy. McCoy made an affluent life for himself by smuggling rum from the Bahamas through the Government Cut and into the southern portions of Florida. When the US Coast Guard started cracking down on McCoy he implemented a new strategy to bring the contraband just off the three mile shoreline which kept him safe from capture. He then off-loaded his cargo onto smaller boats to take the risk of bringing the smuggled rum ashore. His smuggling days ended in November of 1923 when a US Coast Guard Cutter put a shell into the hull of his ship.

Today we can enjoy a Rum Runner much easier than in the days of prohibition. Either stop by the original Tiki Bar at The Postcard Inn or visit any one of the many great waterfront bars and restaurants in the Keys. Either way, enjoy, relax, and soak up some of the sunshine that goes so well with the Rum Runner.