The Everglades Challenge is a 300 mile race from St. Petersburg to Key Largo. This was the 20th year of the race and attendance was strong with over 100 sailboats, kayaks, canoes and stand up paddleboards. The route includes paddling in the ICW as well as open ocean and then has the option of going inside the Everglades or around the outside.

Racers must bring all the food and gear they will need without any resupply besides water. There is also no outside support permitted. They camp and nap along the way where they can but the leaders spend very little time resting and as much time on the water as possible. The winds, tides, fatigue, hallucinations, and weather combine to try and thwart the participants from completing and typically there is about a 30% drop out rate for all craft. This year was particularly challenging and there was a 60% drop out rate. 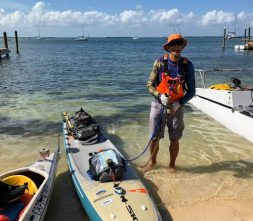 This is the 13th year that paddleboarders have been attempting the rigorous route which has only been completed by 4 people. Baste is one of those 4 and this was his 3rd consecutive completion. His time this year was 6 days 5 hours 47 minutes with a distance of 281 miles. He completed the journey on a stock 14 ft. SIC Okeanos board which is also a first as previous winners have all been on custom 16+ ft. boards. Baste chose the Okeanos for a number of reasons but primarily because he felt it was the best board for the job.

When asked what was the hardest part Baste replied “the part that was between the start and the finish – this year was almost all hard part but the highlight had to be the 25 mile night ocean crossing in mostly flat water and then surfing the tidal bore into Shark River in the Everglades on  a 4 ft. tidal flow. 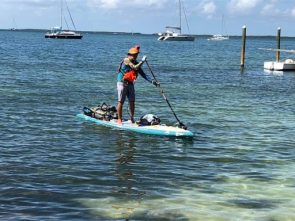 Baste is recovering from the effort for the next few days and then it will be on to training for his next big event – the Texas Water Safari – a 260 mile event billed as the “World’s toughest canoe race”. You can watch his adventures on his YouTube channel – Paddle the Florida Keys https://youtu.be/0bf_HpbQY9I 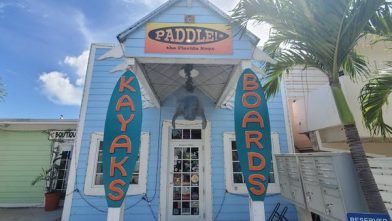 Baste is the owner of PADDLE! The Florida Keys in Tavernier. He is available for personal instruction and coaching as well as helping you select the perfect standup paddleboard to fit your intended use and budget. 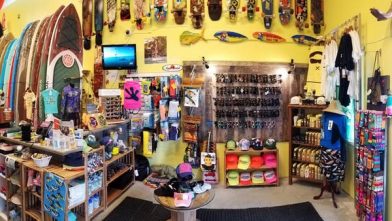