Located in the middle keys at mile-marker 67.5, this island was once the site of Henry Flagler’s Long Key Fishing Camp. In the early 20th century, the fishing camp was a popular luxury destination along Flagler’s railroad for the rich and famous, as well as many of the world’s great salt water anglers of the time. The entire facility was destroyed during the Labor Day Hurricane of 1935 and never reopened. 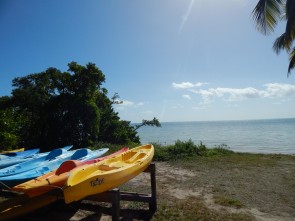 Today, visitors can still spend the night and fish the famous flats at Long Key State Park’s full service campground. The sixty ocean-front campsites are well known for their views overlooking the aqua blue waters of the Florida Keys. Day-use visitors can also fish the flats, or choose to hike, kayak, swim, snorkel, bird watch, or picnic. There are several picnic tables with grills available along the shoreline and the Atlantic Ocean is easily accessible via a dune crossover. Sea kayaks can be rented at the ranger station, or you can bring your own boat and paddle through a series of lagoons. 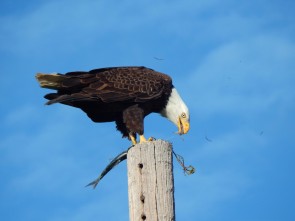 Birding is popular along the 1.1 mile long Golden Orb Trail which leads visitors through five natural communities. The trail is well known as a place to spot the white-crowned pigeon and other rare birds, such as the Key West Quail Dove, have been recorded here. Along this trail there is a boardwalk through the mangroves, an observation tower, and an abundance of plant and animal life. The other short trail in the park is the Layton Trail, which allows access to the bayside waters. Long Key State Park is located at Mile Marker 67.5, 67400 Overseas Highway. 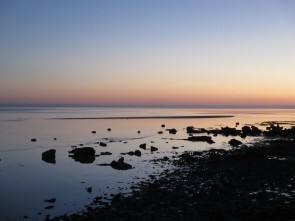