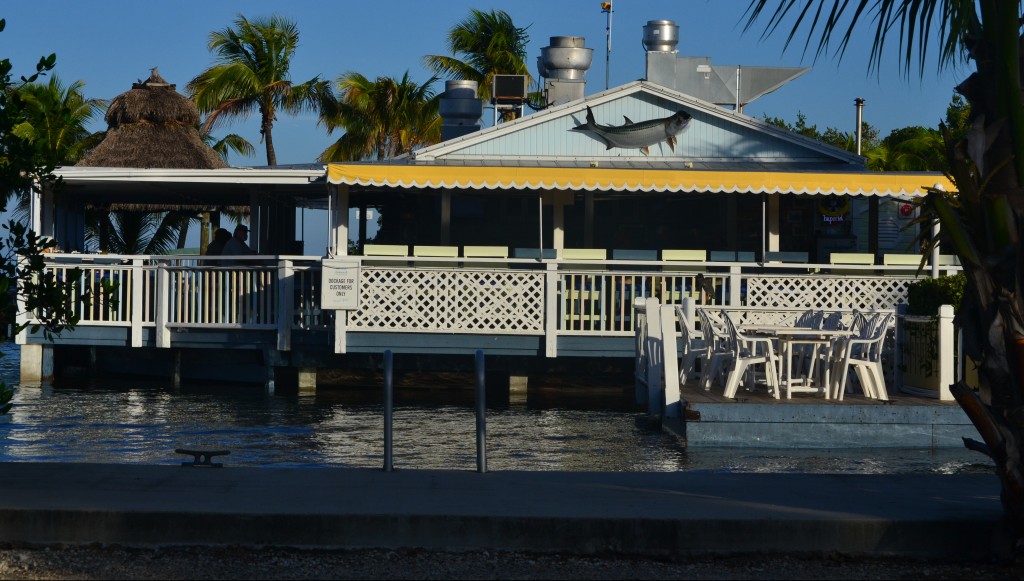 The Legend of Lorelei

When locals and visitors think of or hear the word “Lorelei” the first thing that comes to mind is the famous Lorelei Restaurant & Cabana Bar located bay side at MM 82, one of Islamorada’s best eating and drinking establishments. With a great waterfront location, Lorelei offers some of the best sunsets in the Florida Keys. Accompany that with good food, live entertainments, dining on the beach, you can see why Lorelei is the “Pulse of Islamorada”

Positioned at the entrance to the well known gathering place stands a large mermaid named Lorelei. One of the most famous landmarks in the Florida Keys, the Lorelei Mermaid attracts many tourists to view and to take a picture with the iconic Mermaid. 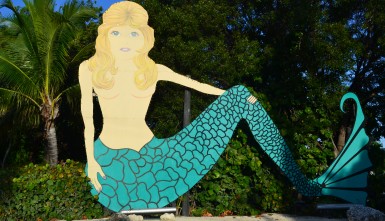 The tale of “Lorelei” which means “murmuring rock” dates back to the beginning of the 1800’s.  The myth begins with a beautiful woman named Lorelei who waited on a rock in the narrow point of the Rhine River for her lover to return from the sea. When he never returned Lorelei felt scorned and jumped from the rocks to her death. The tale of Lorelei says that her spirit remains in the area to seek revenge against her unfaithful lover. As sailors return from the sea to the mouth of the Rhine River they become mesmerized by her beauty which distracts the sailors causing them crash into the rocks or run aground in the shallow waters surrounding the rocks. 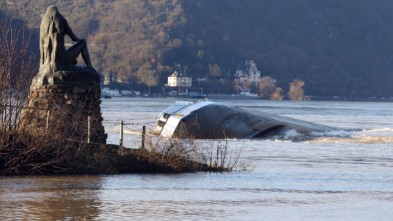 A famous statue made of bronze was created by Natascha Alexandrova in 1983 and sits atop the famous rock in the Rhine Valley. It has become a very popular and well visited tourist attraction. There is also the Lorelei Fountain in the Bronx, New York, and let’s not forget our famous Lorelei landmark in Islamorada Florida. 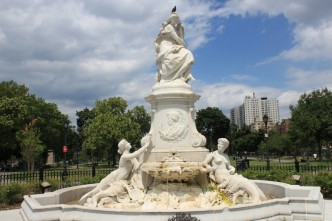 The well known German poem call Die Lorelei written by Heinrich Hein is 1822 is inspiration to many ballads, songs, and operas. Here is the American translation:

Lorelei
I know not if there is a reason
Why I am so sad at heart.
A legend of bygone ages
Haunts me and will not depart.

The air is cool under nightfall.
The calm Rhine courses its way.
The peak of the mountain is sparkling
With evening’s final ray.

The fairest of maidens is sitting
Unwittingly wondrous up there,
Her golden jewels are shining,
She’s combing her golden hair.

The comb she holds is golden,
She sings a song as well
Whose melody binds an enthralling
And overpowering spell.

In his little boat, the boatman
Is seized with a savage woe,
He’d rather look up at the mountain
Than down at the rocks below.

I think that the waves will devour
The boatman and boat as one;
And this by her song’s sheer power
Fair Lorelei has done. 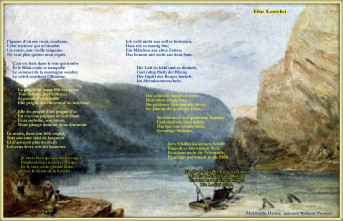