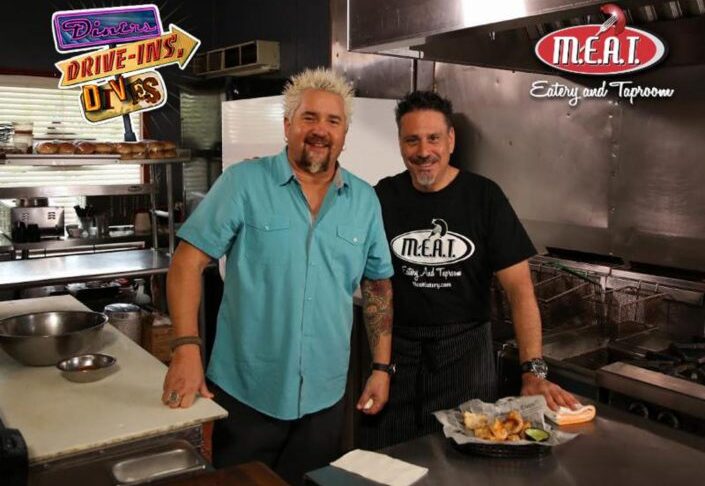 The Spotlight is on…M.E.A.T. Eatery And Taproom

What do you get when you pair an experienced Johnson and Wales educated chef with a wine specialist educated from the Court of Masters Sommeliers and place them in the Islamorada, the Sportfishing Capital of the World? The logical answer would be a waterfront fresh seafood Restaurant with perfect wine pairings. Wrong.

Chef George Patti and wine sommelier Tom Smith went in the opposite direction and created M.E.A.T. Eatery And Taproom. While the focus is on meat not fish, this is not your ordinary burger joint. Opened in 2012 at Mile Marker 88 in Islamorada, M.E.A.T. is a cross between a micro craft brewery and a Texas style barbecue house.

The pair, George and Tom, hit it off back in 2007 when Tom’s Upper Keys Tasters Guild became the fifth largest of its kind in the country and George was anxious to put his mark on a different type of restaurant in the Florida Keys. Both of these guys are from New York State and both were influenced early on in life through family and experiences that impacted their career path. Chef George worked in his father’s delicatessen when he was a kid and Sommelier Tom was around his wine making grandfather growing up in New York’s Finger Lakes wine region. 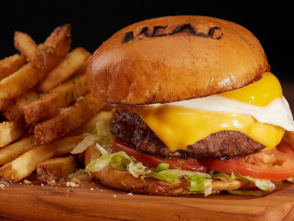 Together they create M.E.A.T., a meat lover’s delight in the midst of a plethora of seafood restaurants, which still stands out, as all the locals will attest. M.E.A.T. has the best burgers in all South Florida, but please don’t take our word for it because the over three dozen awards they have won for not only their burgers, but wings, pulled pork, shakes and fries, are way too many to list. Their signature Nancy Pants Burger has been on the top 101 burgers in America 5 years running and the fan favorite Juicy Lucy burger was the number 1 burger in Florida. 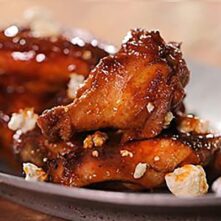 Meat even got the attention of famous Chef Guy Fieri of the hit show Diners, Drive Ins, and Dives where they highlighted their Chicken Wings, house smoked for 4 hours then grilled and topped with a honey chipotle barbecue sauce and crumbles of blue cheese. This came with a side of homemade port grinds served with a lime cilantro aioli, which host Guy said was now the benchmark for Pork Rinds.

Meat is much more than burgers though. There are many options on the menu for non carnivores to include a veggie burger, chicken sandwich, blackened fish sandwich and signature salads.  Their French Fries are deep fried in duck fat and all the side condiment sauces like Mango Chipotle Ketchup and Beer & Caraway 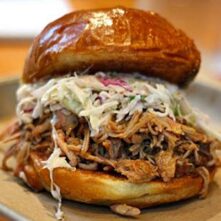 Mustard, are home-made. As we mentioned before this establishment looks and feels like a craft brewery and is a comfortable place for happy hour and meeting friends. With 12 craft beers on tap along with organic wines and micro brewed sodas they have a large variety of fun items to snack on while enjoying the friendly ambiance.

So next time you are in Islamorada or passing through stop at M.E.A.T. Eatery And Taproom and say hello to George and Tom and see firsthand what the locals and travelers already know, that M.E.A.T. is an unique gathering and dining experience that will stimulate all your taste buds exceeds all your expectations. 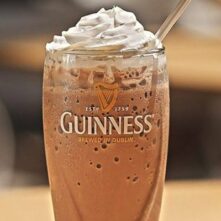