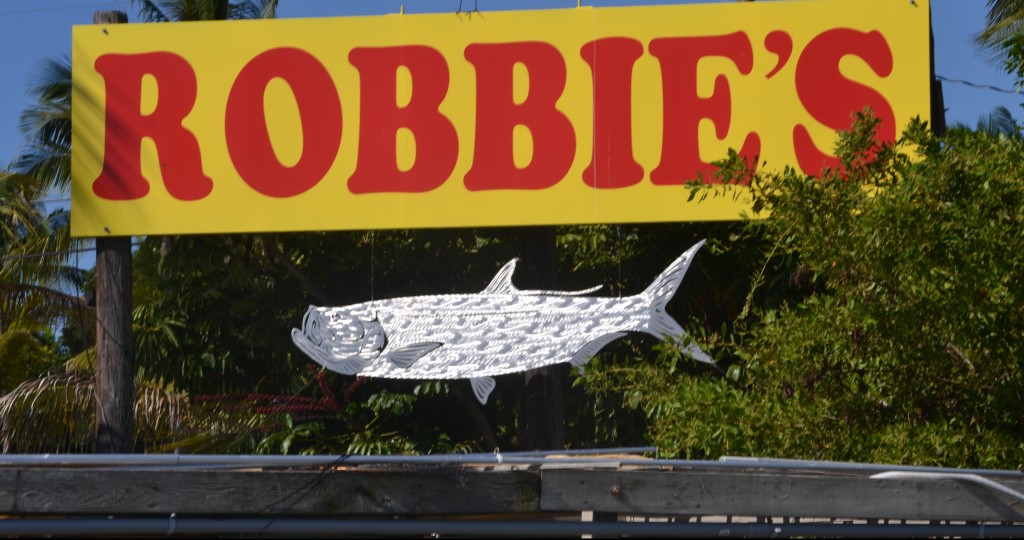 It’s 5 o’clock somewhere… in this edition of Happy Hour we will be featuring: The Trailer Trash Bloody Mary from Robbie’s Marina. 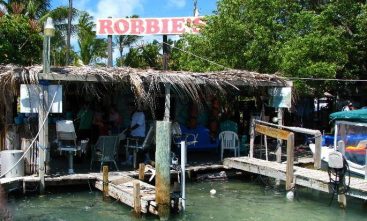 Islamorada has long been known as “a drinking town with a fishing problem” so it’s no surprise that Bloody Marys, an alcoholic drink and known anecdote for hangovers, is popular among residents and visitors. Sure, it may not be the typical island drink like a rum runner or mojito, but you’ll find that a good Bloody always has a place in the hearts of those who frequent the Keys.

The name and the origin of the Bloody Mary are a bit controversial, as few stake claims to the invention, but the most believed version is that of Fernand Petiot. Back in the 1920’s, Petiot, a bartender at Harry’s New York Bar and grill in Paris France routinely experimented with Vodka which was recently introduced by the Russians. He mixed vodka with tomato juice and had some patrons sample the concoction. One patron recommended he call it the Bloody Mary, after a girl he knew named Mary who worked for the Bucket of Blood Club in Chicago.

Petiot moved to New York City in 1934 and began work at the King Cole Bar at the St. Regis Hotel. Again he pushed his Bloody Mary cocktail to the local New Yorkers who were not impressed, claiming the vodka/tomato juice mixture was too bland. After experimentation and customer feedback the new Bloody Mary included salt, pepper, lemon and Worcestershire sauce, and for those who needed more kick, a generous amount of Tabasco. The American version of the classic took roots and the rest was history. 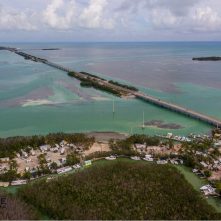 Bloody Marys have made their way around the country taking on many different variations. A favorite in the Keys is the Trailer Trash Bloody Mary from Robbie’s Marina in Islamorada. Robbie’s took this classic drink and then piled the rest of the contents of the refrigerator on top.

Robbie’s Bar Manager, Tim Goodwin, gave us the inside scoop on their Bloody recipe. It begins with two ounces of cucumber vodka and their classic Bloody Mary mixture. They then add lime, lemon, and a celery stick for acidity and freshness. Next comes three blue cheese stuffed olives and a pickled, stuffed spicy green been; the briny flavor of the olives and green bean and tangy blue cheese compliment the savory flavors of the drink. Now for the really good stuff – the meat. Two strips of grilled bacon, a beef jerky straw (think hollowed out Slim Jim) and a jumbo shrimp top off the tower of ingredients garnishing this dramatic drink.

The Trailer Trash Bloody Mary from Robbie’s tastes as bold as it looks. Stop by and order a few of these and you’ll have enough Bloody and toppings to make a meal (and drinks) out of it! Or compliment your Bloody Marys with one of the tasty menu items from their kitchen, and be sure to say hi to the tarpon while you’re there! 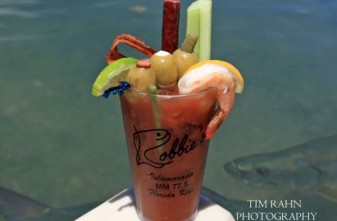