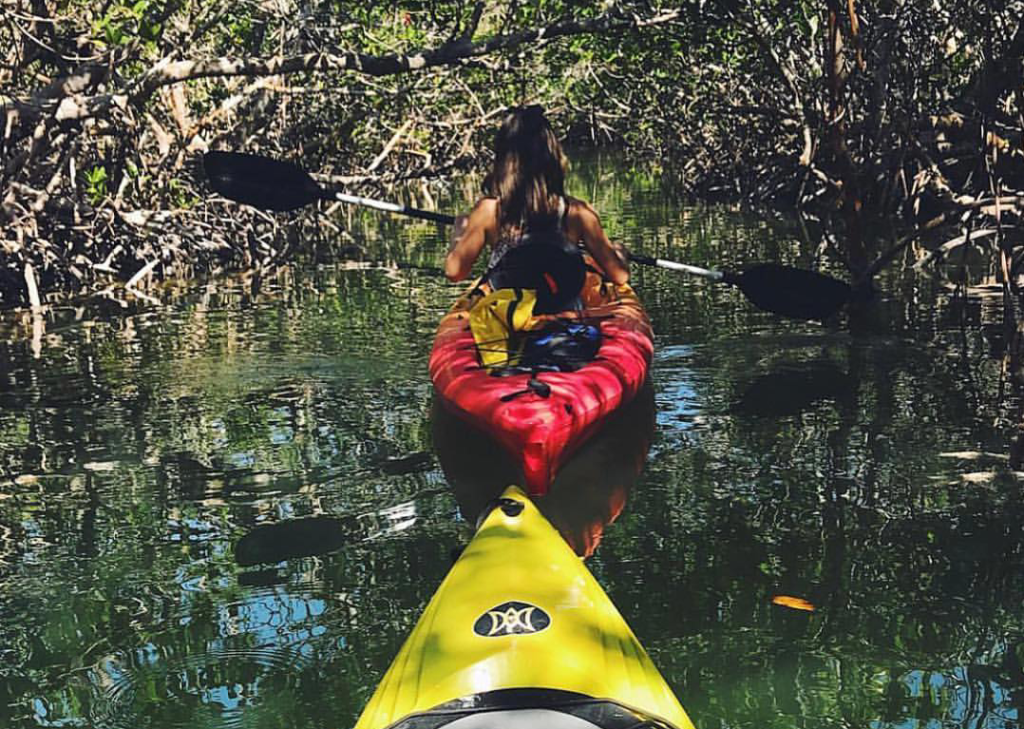 Things You Didn’t Know About Mangroves

Things You Didn’t Know About Mangroves

Mangroves in South Florida and the Florida Keys not only provide a plethora of benefits to our environment, ecosystems and wildlife, but they offer an amazing experience for all of us to explore and see nature up close either by kayaking, paddle boarding, snorkeling, fishing and eco touring.

As a wildlife refuge, many living things inhabit the mangroves including fish, birds, crustaceans, algae and other plants. Some of the well-known fish species that swim through the amazing root system include snook, redfish, tarpon, mangrove snapper and sharks. They all like to feed on the crustaceans, like shrimp and crab, that are plentiful in the mangrove forest.

Mangroves offer many benefits to our environment and ecosystem. They provide a stabilization of our coast line through their root system which prevents erosion. The mangrove system also offers valuable protection during large storms and hurricanes by absorbing the storm surge that could destroy property and cause injury or loss of human life. In fact, it is estimated that the mangrove system in the Florida Keys prevented close to 2 billion dollars in flood damage loss to properties and protected close to 500,000 lives during Hurricane Irma in 2017. Captains of larger boats often move their vessels and tie them to the mangrove system to protect then during tropical storms and hurricanes.

This same root system also provides natural water filtration that removes nitrates, phosphate and other harmful pollutants from the water.

Here are some things about mangroves you probably didn’t know:

– It is estimated that there are 80-100 mangrove species. The three major species of mangroves in Florida and the Florida Keys are the red mangrove, the white mangrove and the black mangrove. 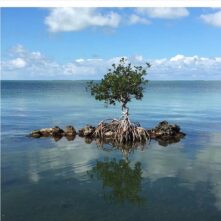 – Mangroves are the only trees on the planet that can tolerate saltwater. They excrete toxic salt through their waxy leaves.

– The 1500 square miles of mangroves located in the United States are located entirely in the state of Florida.

– Worldwide there are 85,000 square miles of mangroves located on the coastline of 118 tropical countries all providing the same benefits to their environments.

– Mangroves are very difficult to replant once lost. On average less than 20% of replanted mangroves survive.

– Mangrove wood is used for charcoal and the black mangroves are sometimes used for fishing poles. Their bark can be converted into leather products.

– It is estimated that 2/3 of the fish we consume spent some part of their lives in mangroves.

– Mangroves trap litter and plastics which prevent wildlife from eating these pollutants.

We hope you’ve learned something new about mangroves and the environmental benefits they provide. Unfortunately, mangroves worldwide are under threat and are being destroyed at an alarming rate. Land pollution, coastal development, fish and shrimp ponds, and sea level rise all are causes of this destruction.

We should value the mangroves and should take the necessary step in the conservation of this important plant.